Bylaws of the Japan Neuroscience Society

Directors and Committee Members of the Japan Neuroscience Society

Message from the new President 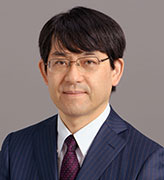 We are in the same boat

On January 1, 2020, I succeeded Dr. Tadashi Isa as President of the Japan Neuroscience Society (JNS). At the beginning of my term, I would like to outline my thinking on the policies of the JNS.
At welcome parties for new members of my laboratory, I always use the phrase “We are in the same boat”. Although the JNS and my laboratory differ in scale, we are all conducting studies of neuroscience in Japan during the same era, and are thus all crew members of a large ship called “Japan Neuroscience Society.” Now, where is this ship going? The goal of the JNS is to perform basic, clinical, and applied neuroscience studies, disseminate our findings to society, and ultimately contribute to the welfare and culture of human beings. How can we achieve this goal? There is a saying, “Too many cooks spoil the broth”. I believe that the role of laboratory heads and JNS executives is to help individual crews reach for their dreams and maximize their self-realization so that the ship itself can reach more distant destinations. With your cooperation, I would like to contribute my humble efforts to sailing the JNS ship to a wonderful destination.
The predecessor of the JNS was the Japan Neuroscience Association, founded with approximately 70 members in 1974. In 1991, when the number of members reached approximately 1,500, it was reorganized as the JNS with renewed Bylaws. Through the efforts of my predecessors, the Society has steadily grown, and now has more than 6,000 members. Although minor revisions have been made to the Bylaws, I think it is almost time to make an overall renovation of the ship itself, looking forward to future decades.
First, I would like to promote awareness of diversity. Diversity of age, sex, and nationality are essential for managing the Society and its annual meetings. The policies for research funds and research organizations were discussed several times at luncheon meetings held as part of the JNS’s annual meetings, centered on junior members. I will proceed with the reforms necessary to advance Japanese neuroscience, reflecting the views of our members, including our junior members. To do so, I would also like to review the system and Bylaws of the JNS. For example, I think that the current four panel categories (Molecular/Cellular Neuroscience, Systems Neuroscience, Clinical/Pathological Neuroscience and Other Neuroscience), to one of which each individual member must belong, as well as the method for electing the President and directors, need to be reformed carefully and drastically.
Second, I believe that it is essential to further promote outreach activities for junior high and high school students, as well as the general public, and advocacy activities to influence politics and industries. Our researches are mainly supported by taxes. Therefore, it is researchers’ obligation to accurately communicate the interesting points, importance, and special features of neuroscience to current and future taxpayers. With increased complexity of society, the declining birthrate, and the aging population, we have seen increases in the numbers of patients with neurodevelopmental disorders such as autism and attention-deficit hyperactivity disorder, neurodegenerative diseases such as Parkinson’s disease and dementia, and mental disorders such as schizophrenia and depression. Of course, clinical studies that may directly provide solutions to these social problems are important. On the other hand, long-term investment in basic science studies is essential for new discovery even if we do not see results soon. We cannot expect discovery without basic science studies. In particular, we have to increase our efforts to give the general public an accurate understanding of the special features of neuroscience. This will require us to emphasize that our studies conducted across scales: from molecules to cells, and from circuits to whole organisms. For example, the International Brain Bee for high school students is off to a promising start through the efforts of many people. In cooperation with the Brain Century Promotion Conference, a nonprofit organization, I would like to establish a system to enable many more researchers engage broad outreach activities. To facilitate advocacy activities that influence politics and industry, I will make steady efforts in cooperation with the Union of Brain Science Associations in Japan.
Third, it is important to enhance partnerships with relevant societies, including those of basic and clinical sciences, and to strategically internationalize the JNS so that it serves as a hub society in Asia. With the decrease in the younger population, many academic societies are facing a decline in membership in Japan. However, considering the interdisciplinarity of neuroscience, I still believe that we can increase the number of JNS members by enhancing partnerships with other domestic societies related to basic and clinical neurosciences. In addition, I would like to actively organize joint neuroscience conferences involving Asian countries such as China and South Korea, to establish an emerging force along the lines of the Society for Neuroscience (SfN) in the US and the Federation of European Neuroscience Societies (FENS).
Finally, it is necessary to secure an adequate financial base to proceed with many new reforms. For example, to enhance public relations activities, international partnerships, and partnerships with other societies, we have to strengthen the functions of the Society’s office. In addition to membership fees, revenues from journals provide solid financial foundations for foreign academic societies. Accordingly, the JNS will make every effort to make the journal Neuroscience Research generate revenue.
The international presence of Japan in science has recently been declining. Therefore, while individual researchers make their own efforts, I would like to work with you all to create an environment where not only the current crew on board, but also the next-generation crew, can conduct their studies more efficiently, make greater achievements, and give them back to the society. I always welcome your thoughtful opinions.