「Toward the understanding of brain development, maturation, and regeneration」

The recent discovery of neural stem cells in the adult central nervous system has raised the possibility of repairing damaged nervous tissue by recruiting their latent, endogenous regenerative potentials (Imayoshi et al., Nature Neurosci. 2008). The development of innovative non-invasive methods to manipulate neural stem cells in the brain has been expected to contribute to regenerative medicine for central nervous system disorders. We have recently demonstrated the first successful approach for artificially manipulating the proliferation and differentiation of neural stem cells using light (Imayoshi et al., Science 2013; Imayoshi and Kageyama, Frontiers in Cellular Neuroscience 2015). We are currently extending this regenerative approach to various types of neural disease models in mice and primates, such as traumatic injury, neurodegeneration, and psychiatric disorders.

Stem Cells and Neurogenesis in the Adult Brain
Since the initial discovery that the adult brain contains stem cells that can generate new neurons, an important question in neurobiology has arisen that concerns the functional importance of adult neurogenesis. Although a substantial body of work has shown that some of these new, adult-born neurons integrate themselves into active neural circuits, the magnitude and importance of this integration is unclear. In our previous study (Imayoshi et al., Nature Neurosci. 2008), we demonstrated that adult neurogenesis is indeed important and that it may, surprisingly, fulfill two very distinct functions. In one brain region, the olfactory bulb, adult stem cell–generated progeny play a critical role in tissue maintenance. In contrast, in a second region, the hippocampus, they serve to add new neurons that are important for adult behaviors, such as learning and memory. 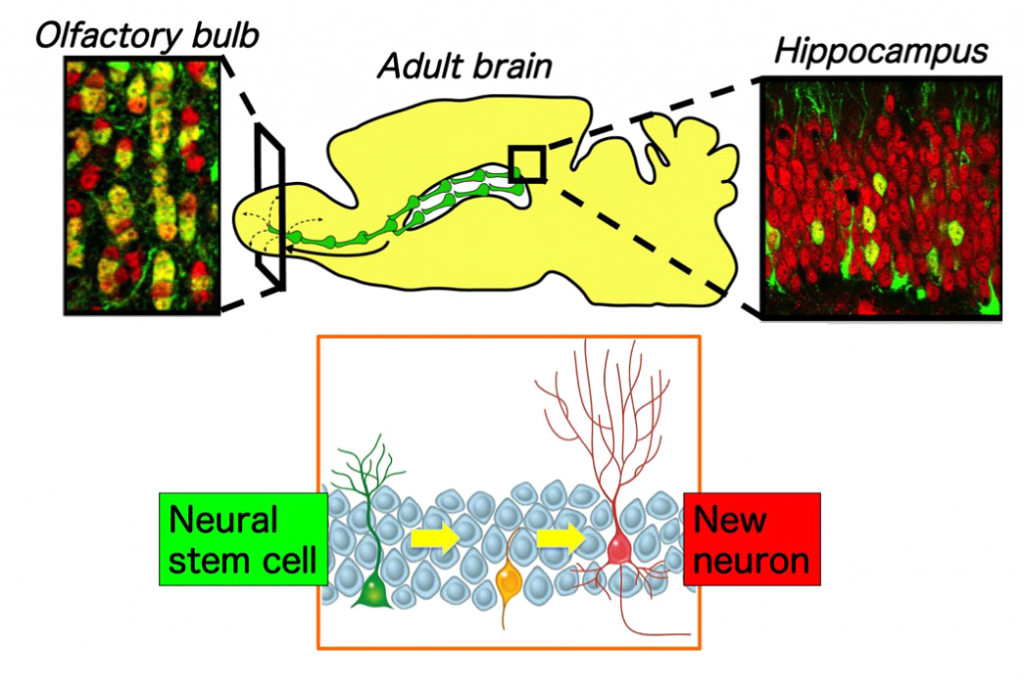 Figure 1. Neurogenesis in the adult brain. In the adult mammalian brain, continuous neurogenesis occurs in two restricted regions, the subventricular zone of the lateral ventricle and the hippocampal dentate gyrus. New neurons born in the subventricular zone migrate through the rostral migratory stream and are integrated into the neuronal circuits of the olfactory bulb throughout life.

Our study provides clear evidence for the importance of adult neurogenesis in the normal adult brain. Adult stem cell–derived neurons are critical for maintaining the olfactory bulb, much as adult stem cell–derived progeny are essential for cell replacement in other parts of the body. When this process is perturbed, the tissue degenerates. In contrast, adult neurogenesis in the hippocampus is not required for its maintenance, but is instead required for neuronal addition and hippocampal growth, thereby potentially contributing to the ability to accumulate new memories throughout life. Our study highlighted the possibility of recruiting adult neural stem cells for neural repair, which may lead to the development of novel therapies for functional recovery after disease, trauma, or pathological aging (Imayoshi et al., Nature Neurosci. 2008; Sakamoto et al., J Neuorsci 2014).

Figure 2. Expression dynamics of basic helix-loop-helix (bHLH) factors in neural stem cells and differentiating cells. In multipotent neural stem cells, the levels of Hes1 and Ascl1 oscillate within periods of 2–3 hours, whereas that of Olig2 oscillates within a period of 5–8 hours. By contrast, during cell fate choice, one of the bHLH factors is expressed in a sustained manner, whereas the others are repressed. bHLH factors seem to exhibit opposing functions, neural stem cell proliferation versus cell differentiation, depending on their oscillatory versus sustained expression dynamics (Adapted from Imayoshi & Kageyama Neuron 82: 9-23 2014).

Together, these data suggest that expression patterns, rather than just expression levels of various transcription factors, determine whether neural stem cells proliferate or differentiate (Imayoshi et al., Science 2013). Our study demonstrated that the light-switchable gene expression system offers a new way to control the proliferation and differentiation of stem cells by changing light exposure patterns rather than using different growth factors or chemicals, showing its applicability to regenerative medicine.

I am deeply honored to receive this award. I am very grateful for the support of my mentors, members of my research team, and my family. 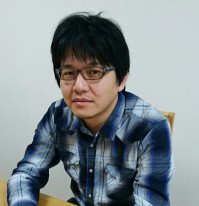